I don’t mind the storms in Africa. The rolling, dark clouds that rumble in within minutes and cover a whole landscape. The ferocious cracks of thunder that shatter the earth beneath your feet. The piercing lightning which ignites the sky into brilliant lights.

You see the relentless thrashing of rain, which washes the red dirt roads clean. And the imminent crashing of electricity within minutes of the storm beginning.

The rainy season makes the world reborn. It makes you grateful for the sunshine and electricity.

I don’t mind the unpredictability of an African rain storm. But I mind the storms of life. The waiting for miracles. The splintering questions. The resounding thoughts of “Why is this happening?”

Every night for the past 15 months, my soon-to-be adopted son, Hassan, has gone to bed with his bed sheet covering his head.

At first, I thought he was cold, but when I dug deeper and asked, ‘Hassan, why do you cover your head with your bed sheet every night?’

He responded and said, “I’m scared that someone might come and hurt me. I don’t want to see them, so I cover my eyes.”

Hassan then proceeded to tell me stories of how when he lived at the orphanage the dark was a scary time for him.

At the orphanage, the bathroom [aka hole in the ground] was outside the dormitory. One night, Hassan told me how he really had to use the bathroom, but he was scared to go outside because of the watch dogs. When I think of dogs, I think of cuddly and cute little animals, but I’ve quickly learned that in Uganda this is not the case. Dogs are trained to bite and be vicious. They are locked up during the day and are taken out at night to guard a compound.

So on the nights, Hassan would want to get up and use the bathroom, he risked being bitten by dogs. And if Hassan wetted his bed, the matrons would “cane him” i.e. “beat him” for wetting his bed sheets.

A mother at Imprint Hope’s Center shared with me how her childhood was spent being rejected from her biological family. She spent 7 days searching for food because at one point her family has casted her out of their mud hut. This uneducated, 12-year old girl had no where to go. She was forced to sell herself for money in order to survive.

The stories mentioned here are endless and occupy my mind on a daily basis. The storms of life for some people in Uganda shatter what I ever believed was challenging. The nature of behavior in Uganda is rooted in fear and a mere instinct to survive.

However, I see how the at the end of the day, something else is born — A strength of spirit.

Thinking back upon my own journey, I see how what used to devastate me, no longer does. How so many emotions are now calmed into peace. How disappointment can be dissolved into trust. And how laughter can still be present amidst heartache.

I’m learning that the imperfect can become beautiful. Its an embracing of the flawed where one can see repair. For the storms, wrong turns, and testing moments are the parts of a journey that can lead to the most beauty.

Its the idea that someone could be more beautiful, not in spite of their brokenness, but because of it.

However, last night, for the first time in 15-months, Hassan slept with the bed sheet covering his shoulders and not his head. Its something so small, but a little triumph within my own heart.

Within Hassan and so many countless families and children I’m surrounded by every day, I see resilience.

Resilience doesn’t mean you’re aren’t broken, but simply means you’re willing to get back up again.

In our society that seeks to avoid pain at all cost, we think broken = bad. But what if that wasn’t true?

Resilient people see suffering as a pathway to something greater. They see difficulties as stepping stones to transformation. They have learned to bounce back after being abused, hurt, and bruised. They seize a new opportunity to rise up anew. For brokenness is not to be discarded, but a treasured history to be honored.

I’m learning how to stand amidst the broken. To stand strong when the storms propel me to run away. To discover hope amidst brokenness. For total surrender of the wounded and broken parts of oneself can become the best attributes to embrace a hurting world. 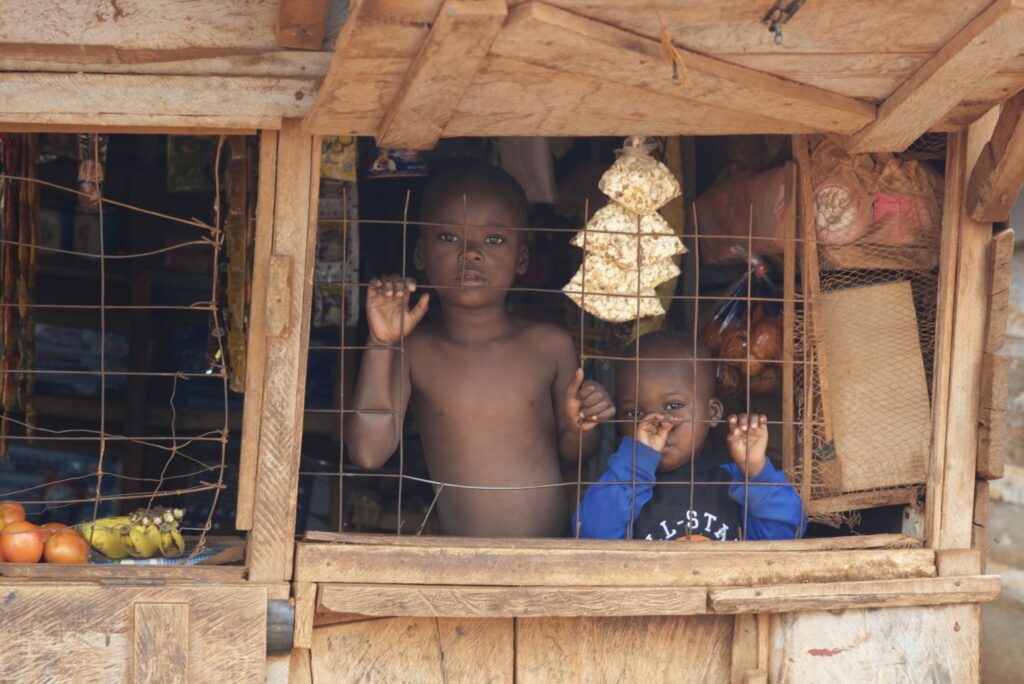 ALSO READ:  In Our Greatest Weakness - HOPE Lives On

Hi! I’m Clare, the founder of Imprint Hope. I created this foundation out of a burning fire to bring help, hope, and purpose to children with disabilities in Uganda. Learn more…

Keep up the wonderful work you do Clare! Btw, isn’t that a picture my Danielle took? 🙂

Hi Jim! Thank you so much for the encouragement! YES! It is! Uganda and I miss your sister so much! 🙂